"Stambush is our first choice for ​staffing and recruiting." 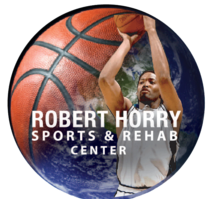 We are pleased to announce an awesome endorsement from Robert Horry and his partners.  Pleased because not only is it a great endorsement of our company (that means all of you), but also pleased because Robert Horry has, what some may call, an uncanny ability to pick championship teams.  In fact, with 7 NBA Championship Rings over three different teams (Rockets, Lakers, and Spurs), a Robert Horry endorsement is no joke.  So without further-adieu, here you go:

“As a clinic owner for 30+ years, I have followed Stambush Staffing since it’s conception.  They started their company based on honesty, integrity and a committed support system for our profession and now, 25 years later, they have not wavered.  They have never lowered their standards no matter what the competition is doing.  In the end, those that do right, do GREAT!. Stambush:  the agency of choice”!

Congratulations on all you’ve accomplished!

Thanks to you, we are sponsoring a bus load of therapists to testify in support of Direct Access to some Texas Lawmakers in Austin next week.  In fact, Scott will also be on the bus and he too hopes to lend his testimony in favor of Direct Access.  Scott also testified a couple years ago and he is looking forward to doing it again…even if he has to wear a suit.